Finishing a very busy summer performance schedule, that led him to festivals throughout Canada and in Oregon, Yegor travelled to Brazil, to Rio de Janeiro’s prestigious Rio International Cello Encounter. He performed the Saint-Saëns concerto at the opening concert on August 9th with the Petrobras Symphony Orchestra, conducted by Alastair Willis and gave several other performances, including a televised recital.

In the photographs below, Yegor on stage with the Orquestra Petrobras Sinfônica and conductor Alastair Willis, performing the first Concerto by Saint-Saëns no. 1 (photo credit André Pinnola) 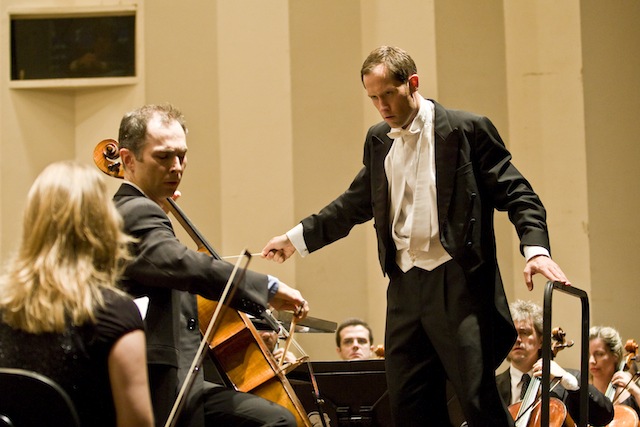